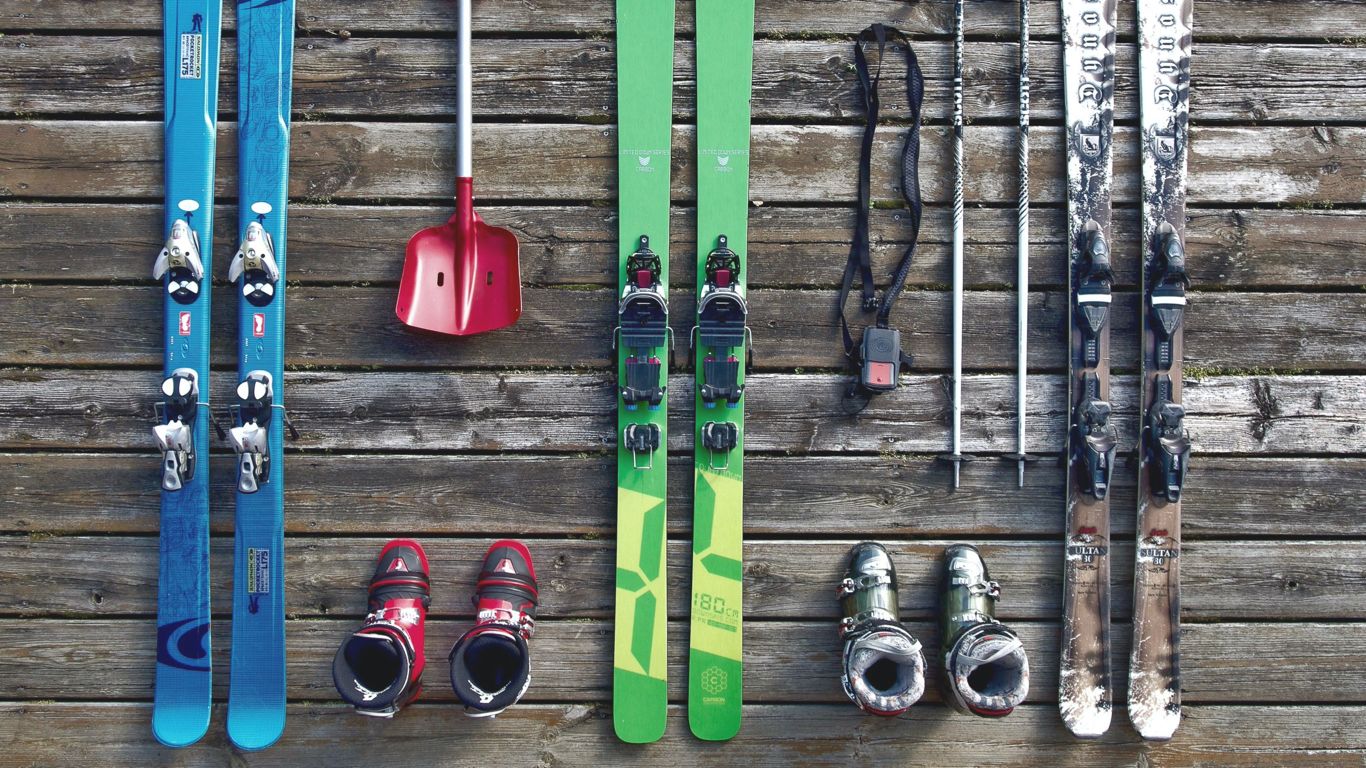 What are Telemark Specific Skis?

Some of the major ski manufacturers are marketing Telemark specific skis for a few years. What is the main difference between an Alpine ski and a specific Telemark ski?

This is a setup for the ounce and gram counting freak. A waxless ski provides the comfort of kick and gliding with instant downhill power and switching back to the climbing mode. I prefer this kind of setup in spring snow conditions. Corn snow is perfect for kicking and gliding uphill and fast downhill skiing in moderately steep terrain. The climbs are shorter than usual and the downhill is fast and smooth on soft spring snow. It is a fast pace Jo-Jo skiing in a sort of rolling hill scenery. The fascination with lightweight and speed combined.

The counterpart to alpine skiing – no limits. A day resort skiing in the double diamondback bowls, the icy downhill world cup slope in Kitzbühel, or the champagne powder days in the Selkirk Mountains of British Columbia. Just mount some telemark bindings on a pair of skis of your preference. If you want, you can ski with some stiff and ice biting alpine skis, or cruise all day with some sweet flexed telemark specific fat boards. The modern telemark boots are descendent from the four buckles alpine skiing boot providing you with all the control you need over your skis.

The most important decision when mounting a binding is the location of the toe piece/pin line on the ski. A secondary factor for mounting a Telemark binding is the boot size. Many recommendations are to place the pin-line on the center cord of the ski. But it makes a big difference if you have a small size woman’s boot or a large men’s size. With a larger boot, your weight shifts further back compared to a smaller size boot. When moving the binding location forward it results in an easier turn initiation when moving the location slightly backward, the ski becomes more stable at high speed and in deep powder, the ski tip floats easier on the snow surface.

Some skis come with a center boot mark. This is common with alpine style skis and boots, and this method compensates the difference in sole length of ski boots. It locates the boot in the sweet spot of the ski. I experienced that the center boot method this is a good orientation to find the sweet spot of a Telemark ski as well.

The preference where to locate the binding on the ski is a personal preference and often depends on somebody’s skiing style. In the past I experimented with different placements and here are some numbers and impressions I came up with for a boot with a sole length of approximately 330 mm.

When I compared different ways and markings on boots and skis, I discovered that the center boot line on the ski is coming very close to the actual boot center. I’m very satisfied with the performance in all snow conditions of my recently mounted skis.

Telemark bindings on Downhill / BC skis

Twin tipped ski becomes more and more popular with superfast skis (>90 mm underfoot) and requires a separate real end-tip calculation. Put the ski up on a flat surface like a workbench, slide a piece of paper under the rear tip until it hits the running surface of the ski. Cut the distance between this mark and the end of the tip in half to get the real tail end for center chord measurement. Start from there with the following steps.

To find the center chord measure from peak of the tip to the end of the ski. Divide the length into two and measure from the ski tailback towards the tip. Mark this point with a fine line and repeat the procedure with the second ski. Push both skis against a stopper at the tail and double-check the measurement and marking the line.

Punch the starter holes with an awl into the top sheet and finish them with the appropriate drill bit to the correct length for the used screws. Use a drill bit with a stopper or a special stepped drill bit. Most screws are requiring a 10 mm deep hole. Be very careful applying pressure to the drill bit while drilling through the top sheet. After the bit cuts through the fiberglass or metal layer, it will dive into the core material very easy. If you do not use a stopper it can easily happen that the drill cuts all the way through your ski base.

After drilling all holes use a sharp chisel or knife to cut the dimpled surface flush around the hole. Fill drill holes with a sealant like yellow wood glue or epoxy to prevent that moisture will get into the core material of the ski.

Place bindings over the holes, insert screws and tighten them carefully. Do not apply to much torque when tightening the screws to prevent stripping the thread and rim out the hole.

In the case of a stripped binding screw hole, some additional surgery work is necessary. Lightly striped holes in areas of less stress (most likely in front of the binding, or the heel part) can be filled with a mix of sawdust, metal fiber, and epoxy resin. Pre-drill and re-insert the screw after the filling material is cured. If a badly stripped hole or ripped- out screw needs to be repaired, the use of metal inserts is recommended.

Alpine Touring (AT) or Randonée (french for can’t tele 😉 Gear

Alpine Touring gear or Randonée gear is the preferred choice of the European ski mountaineer. In the past few years in North America AT gear is gaining popularity and finds more friends as well. AT bindings are a releasable binding species which allows to skin uphill with a free heel and it will lockdown for the descent. AT bindings are manufactured to a certain norm and they work with all kinds of ski boots available on today’s market. They do work with the rectangular-shaped soles found on regular alpine ski boots and with the rubber treaded soles on ski mountaineering boots. An anti-friction device under the bale of the foot is the little trick to make it work for both types of soles.

AT bindings are around for a long time. It started with cable bindings similar to the classic Kandahar Binding. The early versions of AT bindings (Silvretta cable bindings) had no safety features and injuries in a skiing accident were common. The first safety bindings for ski mountaineers were designed and build by Iser and Vinersa in the ’80s. Both German-made bindings employed a plate that was hinged at the front and a heel piece from Marker’s Rotamat system. A few years later Silvretta designed a lightweight AT binding with a release feature for rotation and front release of the heel piece. This design, of course, updated, is still available today.

The first touring boots in the 80″s built as a hybrid, from leather and a coating plastic top material (Hanwag). A low cuff and soft materials limited the desired skiing speed of the more skiing oriented mountaineer. These guys often used regular ski boots made from stiff plastics and they worked just fine for the climb uphill with the skis strapped on. It became difficult if parts of the tour had longer booting passages along rocky ridges. A friend of mine experimented with gluing Vibram rubber soles to his regular ski boots. It improved the walking ability on the rock and screen, but it made the sole of the ski boot too thick and created other challenges to fit the boot into the bindings.

Boot manufacturers like Hanwag, San Marco and Koflach developed ski mountaineering specific boots with a treaded rubber sole, a slight rocker for easier walking and created a norm for sole specific measurements to comply with different AT bindings.