Skiing Off the Grid – Backcountry Skiing 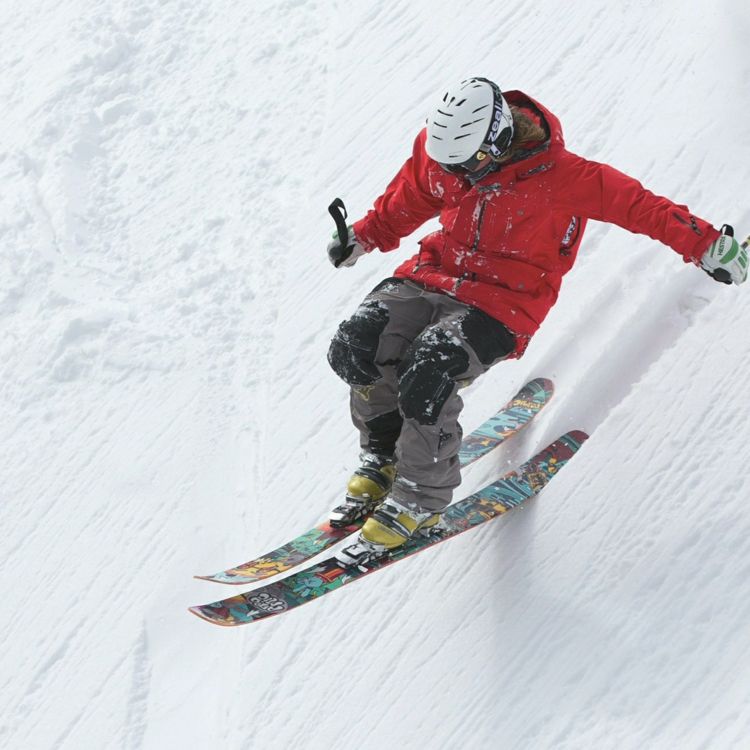 Find Your Own Way

Backcountry skiing is my favorite way to explore the mountains in the wintertime. Places I’ve hiked in the summer month look different with a blanket of freshly fallen snow in the winter. Returning from the mountain is now instant fun on a pair of skis and the scenery is just flying by. The long hike down the valley from the summer trip is history and it becomes the subject for every trip.

No matter where the playground is, the flats or rolling hills or the rugged mountain range with bowls, couloirs and granite needles. There is no excuse not to explore the snow on skis. Different skis for different styles of adventure. Snowshoes are an alternative to skis but you will miss the fun of gliding and sliding and believe it or not even the flatland offers some glides.

I have skied many places – some flat ones like a tabletop and the steep ones, uneventful and scary ones, cool places and hot spots, mostly on snow one time on the sand. On the destination pages above, you will find my impressions about areas I’ve skied either on cross country gear or beefy touring equipment either on a day trip or on an overnight venture. Below are some links providing some information on Backcountry skiing places.

Before you venture into the Backcountry make yourself knowledgeable about the dangers you might face. Weather can change rapidly and you are stuck in a life-threatening blizzard. One of the most underestimated dangers is avalanches. Find some information about basic safety in the backcountry bellow.

In the first 15 minutes, 90% of avalanche victims are still alive, the chance of survival after being caught in an avalanche drops to 50% if you will be dug out after 30 minutes, the chances to survive an avalanche accident with being buried longer than 45 minutes are less than 30%.

Going into the Backcountry needs to be a save venture for everybody. Yourself – the group you ski with – the group behind you – the group following your tracks later. In the backcountry, you will expect certain hazards and dangers you might not see visually. Avalanches are often in attracting slopes drawing the attention to the skier or group. This page will inform briefly about an important issue for all backcountry skiers, for a safe trip and a memorable return to the trailhead.

It is not only important that you and your group is saved and aware of avalanche hazard. Even the group which might follow your tracks the next day should not be lead into dangerous grounds. Specially with outbound skiing close to resort boundaries this is often a problem with inexperienced skiers following existing tracks. Many of the resort accidents are a result of ignoring rules and warnings.

Someone can choose between several different methods to venture into the backcountry on skis. Alpine ski equipment or Nordic ski equipment as well as Splitboard equipment which is a specially designed snowboard. Read more about the history of skiing and the origin of the two different skiing styles in the paragraph below.

Recreational skiing has it’s historical roots in Norway and in particular in the Telemark region in Northern Europe. Read more about Sondre Norheim and how he developed a distinctive skiing style in the late 1800s, today known as the Telemark turn. The Telemark skiing style is a Nordic skiing technique.

About a decade later Mathias Zdarsky, an Austrian skier, tailored the at this time common Nordic skiing equipment to the specific needs for skiing the Alpine mountain region in Austria. The European Alps, Zdarsky called his home, are the namesake for this particular skiing style known as Alpine skiing.

There are two different essentials between Nordic Telemark gear and an Alpine set-up. The ski itself might be very similar or even the same, but the connection between boot and ski and the boot itself is very different. The Telemark setup connects only with the toe piece of the ski boot employing a simple binding to the ski. The heel remains completely free and it lifts of the ski while turning. It also allows climbing uphill without any modifications.

Alpine skiing boots are connected at the toe and the heel to the ski as a rigid unit. A special Alpine Touring Binding (AT or Randoné) for backcountry skiing is necessary. In order to walk uphill, a mechanism allows to unlock the heel and a hinge in the front of the binding allows to pivot the entire unit. It was downhill and a walking mode.